Professor Niels Gregersen’s academic journey at DTU Electro dates back almost two decades, during which he has worked within nanophotonics and with the development of quantum light sources with the overall purpose of addressing global challenges within the health and the energy sectors. Now he’s a full professor, and we are looking back on his years of research at Electro.

Niels’ scientific achievements include producing designs leading to world records (2010, 2016, 2019) in single-photon source performance demonstrated with international collaborators. He has been awarded the Sapere Aude Starting Grant in 2014, the ERC Consolidator Grant in 2019 and is presently coordinating a Horizon 2020 Marie Curie Innovative Training Network.

In his inaugural lecture Niels will outline the trends and challenges in the area of semiconductor quantum light sources and show specific highlights from the work done at DTU.

During his PhD project, Niels developed numerical simulation tools suitable for analyzing a wide range of nanophotonic components. After his PhD, he established collaborations with experimental partners in France and Germany and provided designs and numerical simulation support for the development of quantum dot-based single-photon sources. In 2010 the work led to the demonstration of a nanowire single-photon source capable of emitting single photons with an efficiency of 72%, a world record at the time, reported as the cover story of Nature Photonics, with a cover showing a numerical field simulation produced by Niels himself.

Since then, single-photon sources have been a central part of Niels' research, where he has proposed designs of increasing complexity. Niels has been a part of several large research projects and a co-author on several high-profile articles, including articles featured as cover stories in Nature Photonics, ChemPhysChem and IEEE Journal Of Selected Topics In Quantum Electronics.

In 2021, Niels created his own research group “Quantum Light Sources” in the Nanophotonics section at DTU Electro. Until then, his work at Electro had so far consisted of theory and simulations. However, backed by the ERC Consolidator grant, he has recently started an experimental activity with microfabrication of single-photon sources taking place at DTU Nanolab and with characterization taking place in-house in a new fully equipped quantum optics lab at DTU Electro.

Future of the field

Quantum computers have an incredible amount of interest, and massive investments are being made in quantum technology. Governments in various European countries are making actual quantum strategies for their research areas, and the EU has the Quantum Flagship, which is a programme dedicated to this research field - and they have poured over a billion euros into it.

However exciting quantum technology might be, the answer to the question “when will the quantum computer be ready?” will differ greatly, depending on who you ask. Niels calls his own estimate conservative: 20-25 years - while others estimate somewhat lower.

Niels expresses that if other things with a shorter development time are discovered along the way - for which their technology can be used - then it is absolutely something they will pursue as well. Niels calls quantum technology intellectually exciting but also says that "what we do must benefit society and people on the street". For Niels, it is therefore a high research priority pursuing anything within his field that can be commercialized and thus benefit the wider population.

Addressing global challenges within the health and the energy sectors requires solving computational problems intractable on existing classical computers. Here, the quantum computer offers unprecedented computational power, as required for drug design in the pharmaceutical industry and for reducing energy consumption in the synthesis of ammonia. The engine of the optical quantum computer is a quantum light source, which produces the photons used to encode the quantum bits of the quantum computer. Niels will discuss how we can produce high quality single indistinguishable photons using semiconductor quantum dots placed in carefully engineered micro and nano structures. He will discuss the further progress needed to build a fully functional optical quantum computer - and of course he will show some of the highlights from the work done at DTU as well.

We hope you will all join us for Niels’ inaugural lecture on Friday, December 9th at 15:00.

The lecture will be followed by a reception.

We look forward to celebrating Niels and seeing all of you. 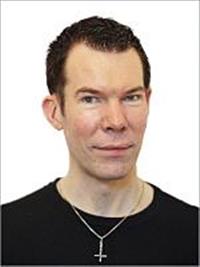