A catamaran ferry powered by green electricity has crossed the Limfjord—albeit without a captain at the helm. A research partnership between DTU and the maritime industry, institutions, and authorities has resulted in the demonstration of an autonomous harbour bus in the Port of Aalborg.

Back in 2017, Professor Mogens Blanke and a team from DTU met with FORCE Technology and the Danish Maritime Authority. They wanted to explore what autonomous technology can do for shipping. Now some five years later, there is consequently a driverless harbour sailing around the port in Aalborg.

“We asked ourselves: what can a computer understand just as well as a human being? What can’t computers do? And what can they do better than humans?” says DTU’s Professor Mogens Blanke.

These questions, asked at the meeting, marked the beginning of a research collaboration known as ShippingLab, which brought together a range of educational institutions, including DTU, the maritime industry and other organizations in their pursuit to develop autonomous technology for use in Danish shipping.

Autonomous technology is the technology that, for instance, makes it possible to run the Copenhagen Metro on a driverless basis. Instead of a train driver driving the train, each metro service is run by a computer from a control room where one person is tasked with keeping an eye on several trains at once.

Technologically we have come so far that it has become possible, slowly but surely, to envisage something similar on selected Danish ferry routes. Ergo, driverless but not uncrewed ships—your ticket will still be checked, but the ship will be sailed from a control room on dry land that is capable of handling several different routes at once.

The harbour bus in Aalborg has been named GreenHopper, and it is Denmark’s first autonomous harbour bus prototype. Once it is given permission to perform autonomous sailings in Denmark, it will be sail between the Utzon Center on the Aalborg side of the Limfjord and Stigsborg Brygge on the Nørresundby side. The crossing takes 5-7 minutes, and the harbour bus can carry up to 24 passengers, as well as bicycles and prams.

DTU has developed the technology behind GreenHopper’s autonomous control system, and it must be said that waving goodbye to the captain is not an altogether straightforward task. In order to pass other ships and avoid collisions, the control system on board the harbour bus requires inputs from cameras, monitoring systems and a swathe of sensors. All these inputs are handled by AI algorithms.

In short, an algorithm is a step-by-step process of calculations performed by a computer based on a wide variety of data inputs. An AI algorithm programs the computer to calculate or interpret data by itself, which enables it to operate independently based on data inputs and pre-defined rules.

It is therefore the AI algorithms in GreenHopper’s control system that make it possible for the harbour bus to sail safely across the Limfjord without a flesh and blood captain at the helm. However, for the sake of safety there will always be a person who can intervene and bring the harbour bus to a halt should it be necessary. This can be done from a control point on board the harbour bus or via an onshore monitoring system.

In order to develop the AI algorithms, Mogens Blanke and his team from DTU Electro have spent many hours at sea gathering data. On sailings around Denmark, they have taken photos of objects at sea such as other ships and pleasure crafts in every kind of weather. These images have been used to train the algorithms to recognize the many different types of vessels that are found in working harbours and by the coast.

“This is a new technology that we have developed at DTU. The algorithms for use at sea are very different to those that are used in the auto industry. At sea, objects can come from every direction, and mist and reflections from the surface of water can make it very hard to identify objects. That’s why we have developed our own algorithm and built our own image database of more than 15,000 gigabytes,” says Mogens Blanke.

On particular challenge has been smaller vessels such as GoBoats, pleasure boats, wind surfers, and people on paddle boards. These are not picked up by conventional ship radar. The harbour bus is therefore equipped with cameras and sensors that register objects surrounding the ship. In order to take into account that people are not necessarily familiar with shipping rules and that they may not adhere to them and thus be unpredictable, an extra safety zone has been added around smaller vessels in the AI algorithms.

In interaction with the large image database, the algorithms in the control system are therefore able to recognize and pilot the harbour bus through the many small recreational craft that are often found close to the coast both on a busy summer’s day and in a stiff breeze.

From the Funen archipelago to international waters

The vision behind GreenHopper emerged from a fairly everyday need and with the Danish archipelago in mind, according to Mogens Blanke: “Imagine a small, electric-powered boat that can be summoned using an app on your mobile phone. Can they be made so cheaply and safely that you could order an autonomous water taxi after you’ve been to a celebration on the island of Funen and you need to get home in the middle of the night?

A flexible, autonomous ferry service where you book crossings according to need would be of great potential in Denmark. Here, the technology would benefit the many small island communities we have by creating increased flexibility, which would hopefully reduce the outflow of populations from smaller islands.

The first step in the development is this small, green, and autonomous harbour bus on the Limfjord. This means Denmark has joined the maritime autonomous wave where we have until now been bringing up the rear in comparison to our Nordic neighbours such as Norway and Finland.

Internationally, the autonomous technology developed by DTU through ShippingLab is also important in the development and innovation under way in shipping. In this respect, it can be used on large freighters to assist the navigator on the bridge. The technology can, among other things, help to predict how other ships are expected to manoeuvre, as well as calculating whether your own ship should change course to avoid a collision or running aground. AI algorithms therefore have much to offer in terms of helping the navigator to make decisions, and can help to boost safety and improve working conditions on board ship.

“In addition to the technology being important to Blue Denmark, which project partners and other Danish businesses will be able to further develop, the autonomous technology also contributes to development on the international scene. In terms of safety, it is an important step forward that we are now able to enhance the interpretation of situations when it comes to both how your own and other ships are expected to behave. We are contributing effective methods for the calculation of whether your own ship needs to change course in order to avoid risks. In addition, data from the ship’s range of inputs, including cameras, charts, radar, and satellite signals are cross-referenced to avoid disruption to individual sources,” Mogens Blanke concludes.

GreenHopper is a small, electric-powered catamaran ferry built at the Tuco shipyard in Faaborg. The autonomous technology in the ferry’s driverless control system has been developed by DTU in partnership with the maritime industry.

GreenHopper can carry up to 24 passengers, as well as bicycles and prams. It will serve as a harbour bus on the Limfjord, sailing the route between the Utzon Center on the Aalborg side and Stigsborgs Brygge on the Nørresundby side.

ShippingLab is Blue Denmark’s common platform maritime research, development, and innovation. It is a non-profit innovation and project collaboration between partners involved in Blue Denmark, including DTU.

ShippingLab is supported by Innovation Fund Denmark, the Danish Maritime Fund, Orient’s Fond, and the Lauritzen Fonden. Self-financing is also provided by the project partners. 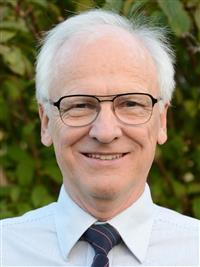